The International office at Volda is pleased to announce two new partnership agreements with Rikkyo University in Japan and Sejong University in South Korea. These agreements are going to be finalized in January/February, just in time for VUC students interesting in a study abroad period in Asia for the autumn of 2017 (the application deadline for outgoing mobility is March 1, 2017).

In the autumn of 2016 a delegation from Rikkyo University visited Volda and the universities soon started work on a cooperation agreement which will come into force in February 2017. Rikkyo University is known as one of the top universities of Tokyo with campus located in the city centre. The university has about 20 000 students, and among these there are over 500 international students.

– This means that VUC has to partner universities in Japan that make up two rather interesting but different alternatives for our students studying abroad. Rikkyo University is based in the metropolis of Tokyo, while our second Japanese partner, Yamanashi Gakuin University, is located in the countryside in the city of Kofu, at the foot of Mt. Fuji. We are also happy that neither university charge tuition from VUC students and that they both aim to also send Japanese students to VUC, says Head of the International Office, Arne Humberset.

Also read: HVO top five in the country on exchange

VUC also recently signed an exchange agreement with Sejong University in Seoul, South Korea. This is also a large university with app 15 000 students and 9 Faculties.

– Sejong University distinguishes itself by having so many international students and also offers many courses in English. This is one of the reasons why this university was a preferred partner for us in South Korea, says Humberset. 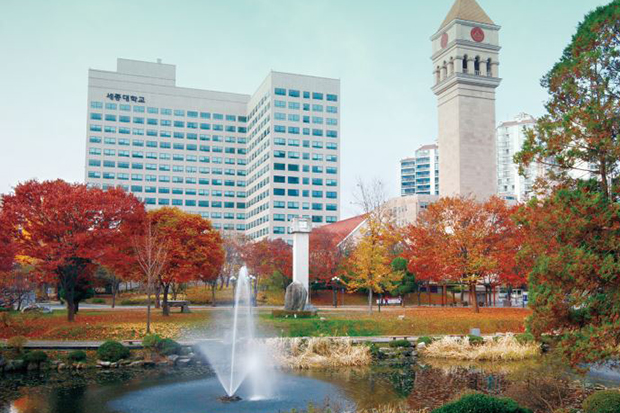 The campus of Sejong University in South Korea which Volda University College now has signed a cooperation agreement.

These new agreements are not just interesting for students and employees who prefer to study Asian languages ​​and culture. Both Rikkyo University and Sejong University offers a wide variety of courses in English and particularly within the fields of PR/marketing, finance, tourism and business.

– For us, it is important to have close contact and cooperation with Norwegian businesses and industry, many of which are trading in the Asian market, says program coordinator Kristian Fuglseth in the Bachelor’s degree program in PR & Communication at VUC.

– Several of our alumni have secured their jobs after a traineeship or relevant projects/papers that catches the needs and interest of companies and organizations. A long term stay in Asia, which is a crucial market for many businesses, can be very important for students in terms of becoming attractive in the job market after their studies, says Fuglseth.